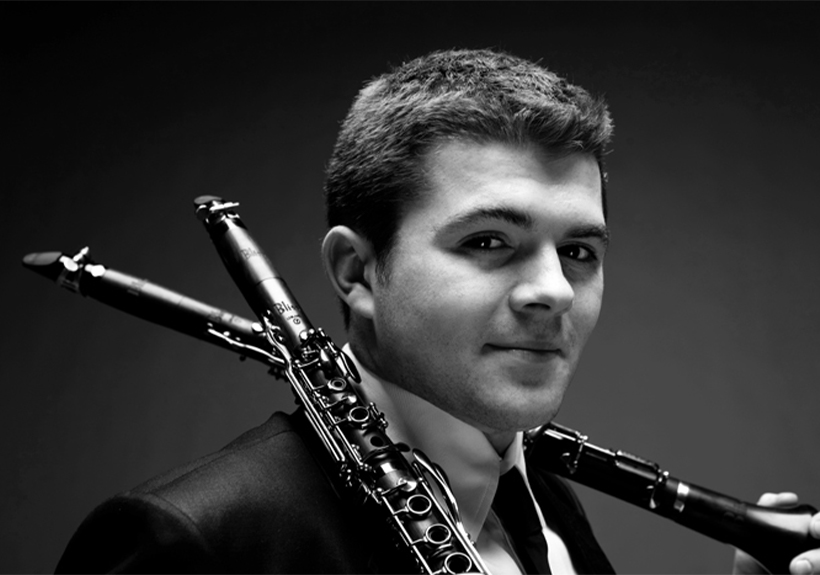 Julian Bliss is one of the world’s finest clarinettists, excelling as a concerto soloist, chamber musician, jazz artist, masterclass leader and tireless musical explorer. He has inspired a generation of young players as the creator of his Conn-Selmer range of affordable clarinets and introduced a substantial new audience to his instrument.

Julian started playing the clarinet aged four, going on to study at the University of Indiana and in Germany under Sabine Meyer.

​In recital and chamber music he has played at most of the world’s leading festivals and venues, including Gstaad, Mecklenburg Vorpommern, Verbier, Wigmore Hall (London) and Lincoln Center (New York). As a soloist, he has appeared with a wide range of international orchestras, from the Sao Paolo Symphony, Chamber Orchestra of Paris, and Auckland Philharmonia, to the BBC Philharmonic Orchestra, London Philharmonic and Royal Philharmonic Orchestra.

In 2010 he established the Julian Bliss Septet, creating programmes inspired by King of Swing, Benny Goodman, and Latin music from Brazil and Cuba that have gone on to be performed to packed houses in festivals, Ronnie Scott’s (London), the Concertgebouw (Amsterdam) and across the U.S. For the Beethoven anniversary in 2020 he has formed a new ensemble of top wind players, Bliss Wind Soloists, featuring arrangements of Beethoven’s seventh and eighth symphonies.