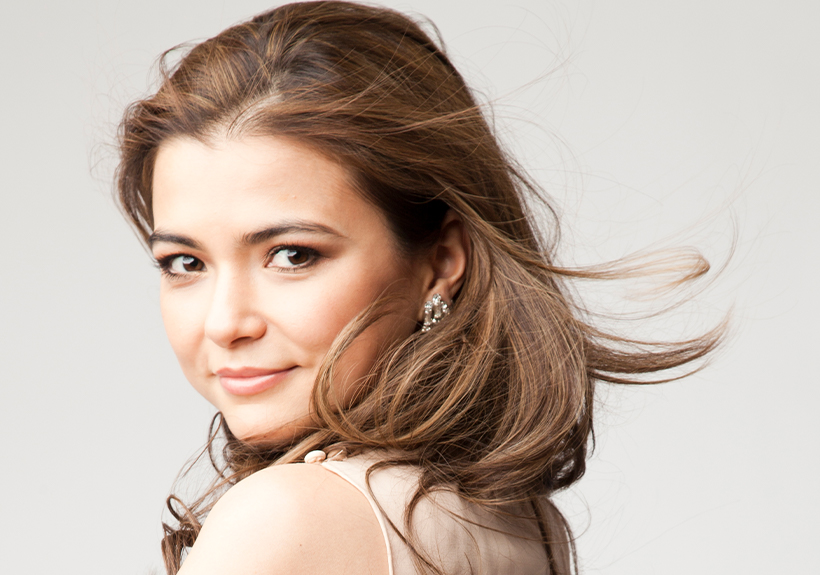 Born in Tokyo and beginning her musical career in Montréal and New York, violinist Karen Gomyo has recently made Berlin her home. A musician of the highest calibre, the Chicago Tribune praised her as “…a first-rate artist of real musical command, vitality, brilliance and intensity”.

Strongly committed to contemporary works, Karen gave the North American premiere of Matthias Pintscher’s Concerto No. 2 Mar’eh in 2015 with the National Symphony Orchestra in Washington under the baton of the composer. In May 2018 she performed the world premiere of Samuel Adams’ new Chamber Concerto with the Chicago Symphony Orchestra and Esa-Pekka Salonen to great critical acclaim. The work was written specifically for Karen and commissioned by the CSO’s ‘Music Now’ series for their 20th anniversary.

Karen participated as violinist, host, and narrator in a documentary film produced by NHK Japan about Antonio Stradivarius called The Mysteries of the Supreme Violin, which was broadcast worldwide on NHK WORLD.

She is also a champion of the Nuevo Tango music of Astor Piazzolla, with plans in development for a diverse programme with the San Francisco Symphony. Karen regularly collaborates with Piazzolla’s longtime pianist and tango legend Pablo Ziegler, as well as, more recently, with bandoneon players Hector de Curto and JP Jofre.

Karen plays on the “Aurora” Stradivarius violin of 1703 that was bought for her exclusive use by a private sponsor.